Refinements to the Turret Gun

After a couple more tests there are a few things that need to be changed on the turret.
I am going to replace the main bearing with a larger one as i think it will offer a better and smoother pan. The gun bracket will also be made stronger as it is flexing a bit to much on full auto.
Now I have go the RF trigger unit working to fire the gun I have set it up so that you can use burst fire, single shot or burst fire/full auto. I was going to fit a laser to that the operator can see where the gun is pointing but the camera will not pick up the laser in bright sunlight. I might have to give this some thought as the operator will not be aware of where the gun is pointing when firing. I might need to rethink where I mount the camera so it it fixed to the pan bracket. 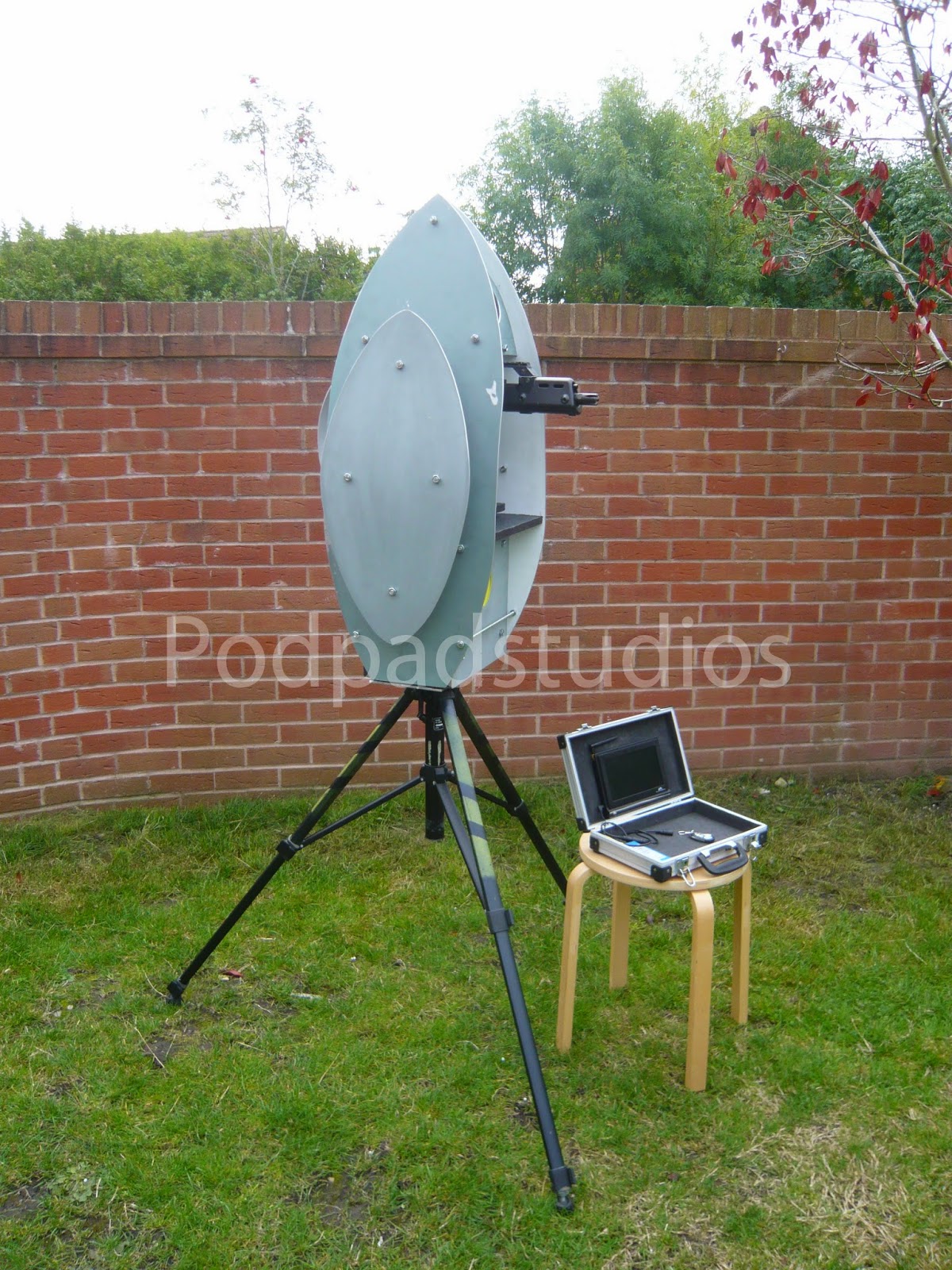 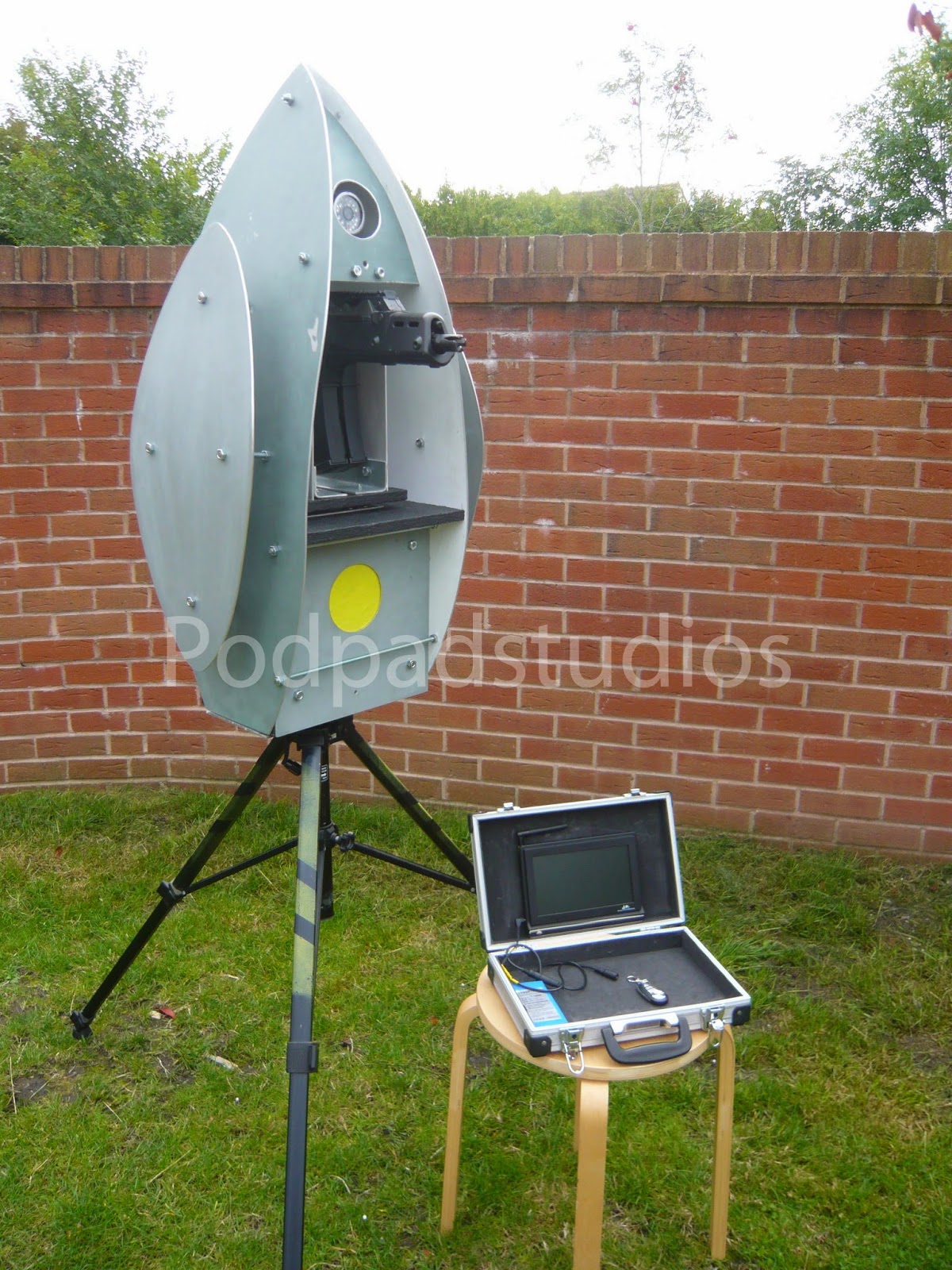 There is still work to do on the stand, at the moment I am using an old camera tripod.
The control case is not sorted yet, just in the picture to give an idea of scale. 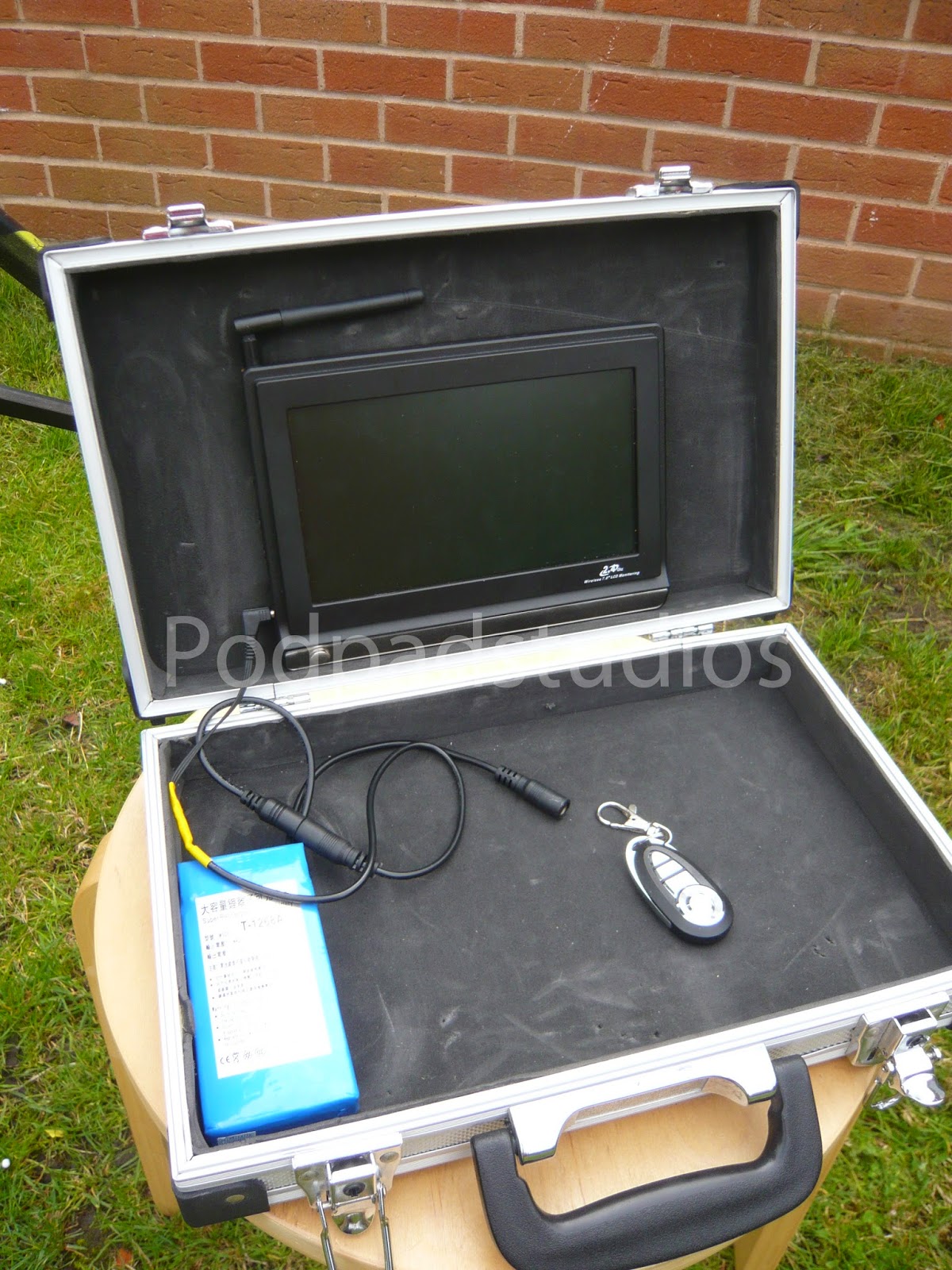 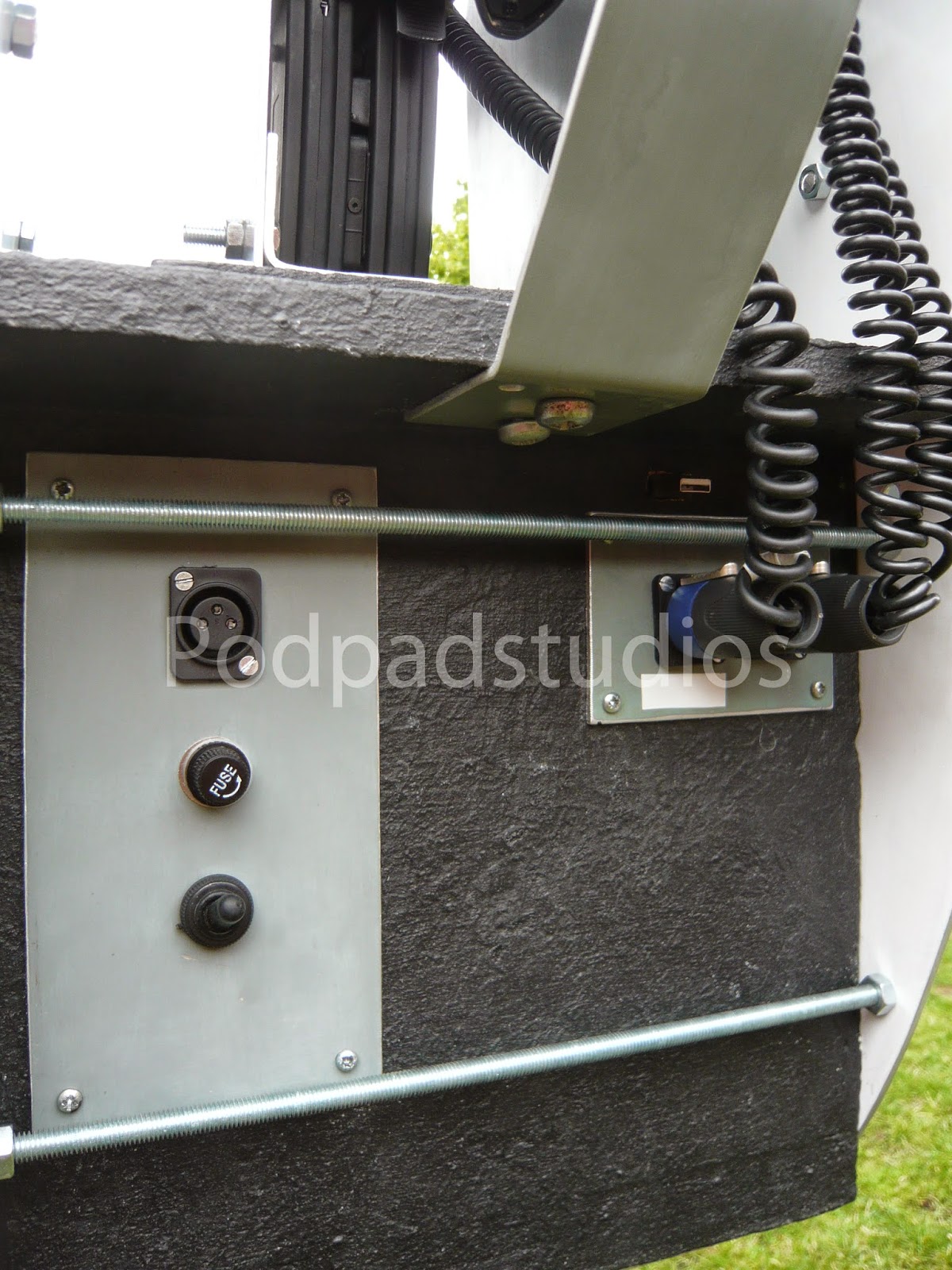 Control panel on the back of the gun including the power off button. All the connectors are Speakon which should survive well in the field. 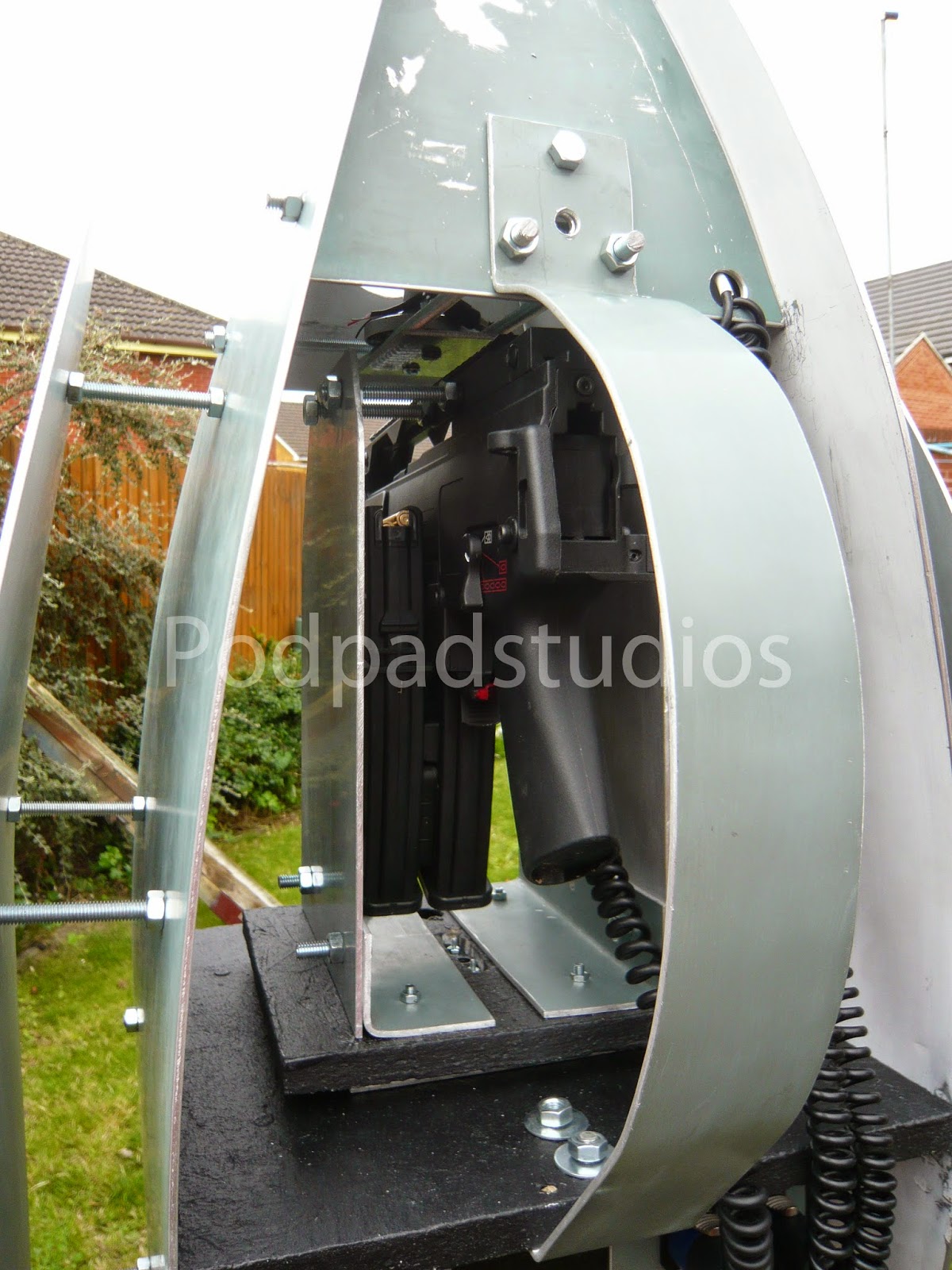 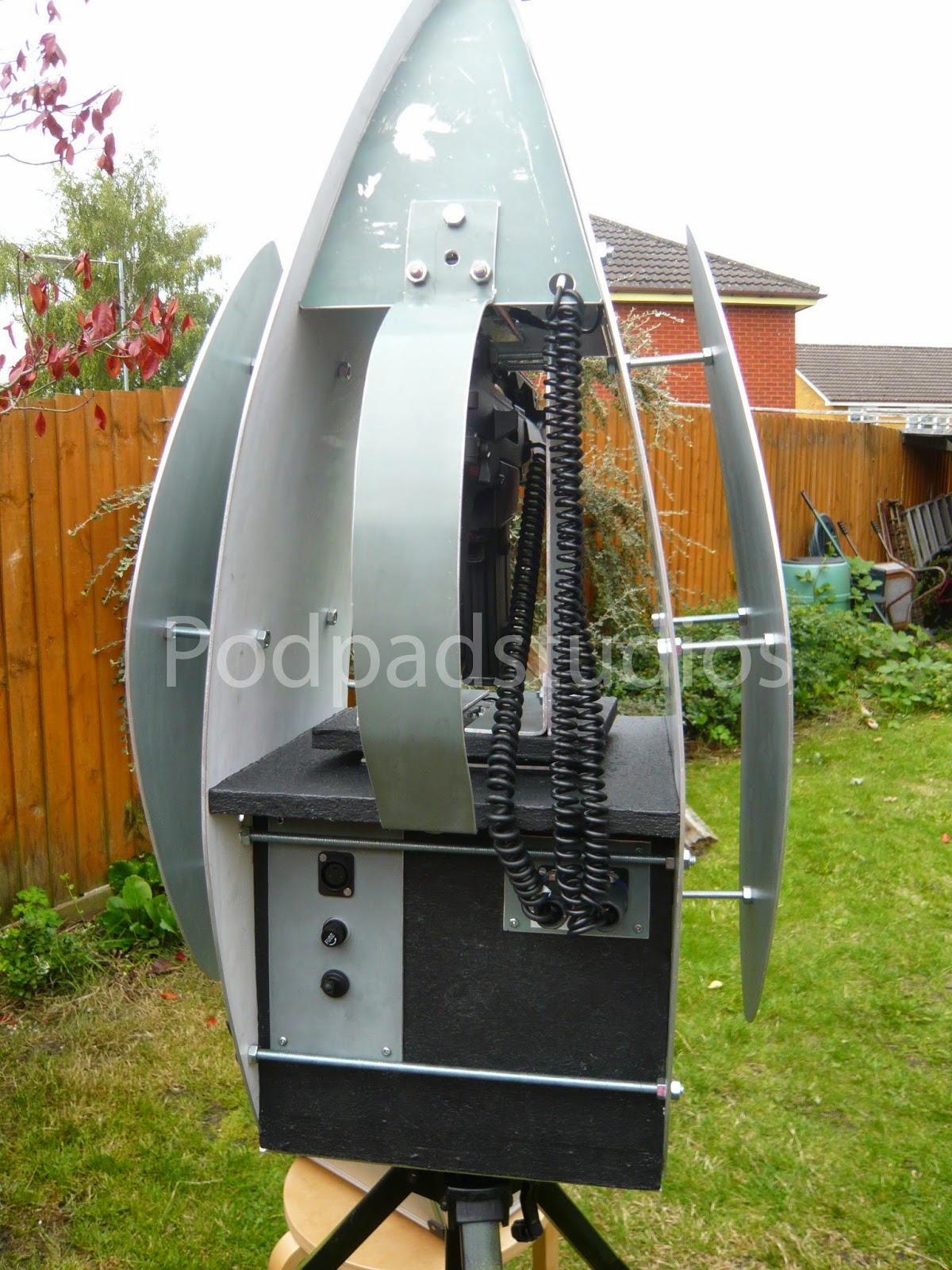 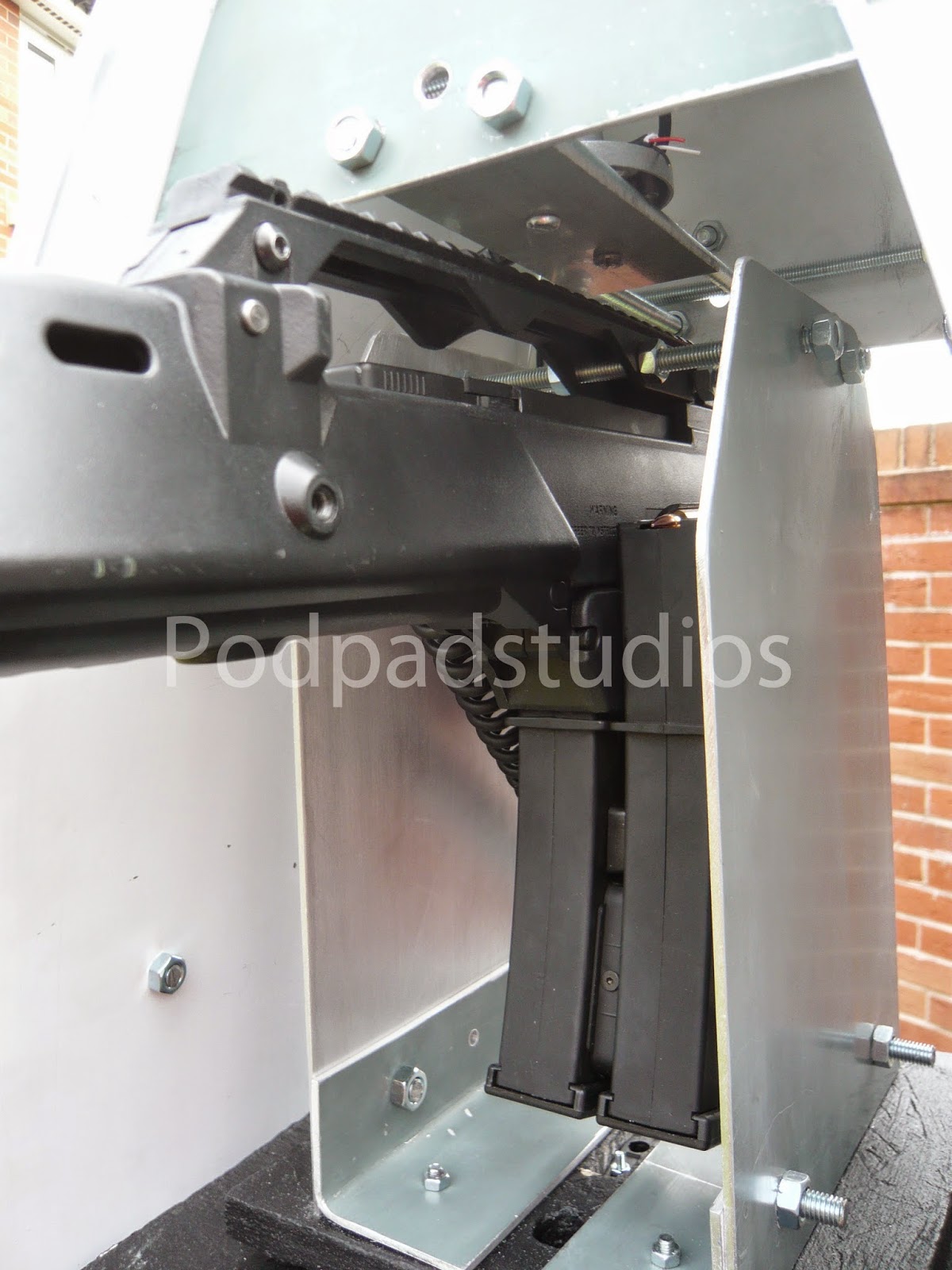 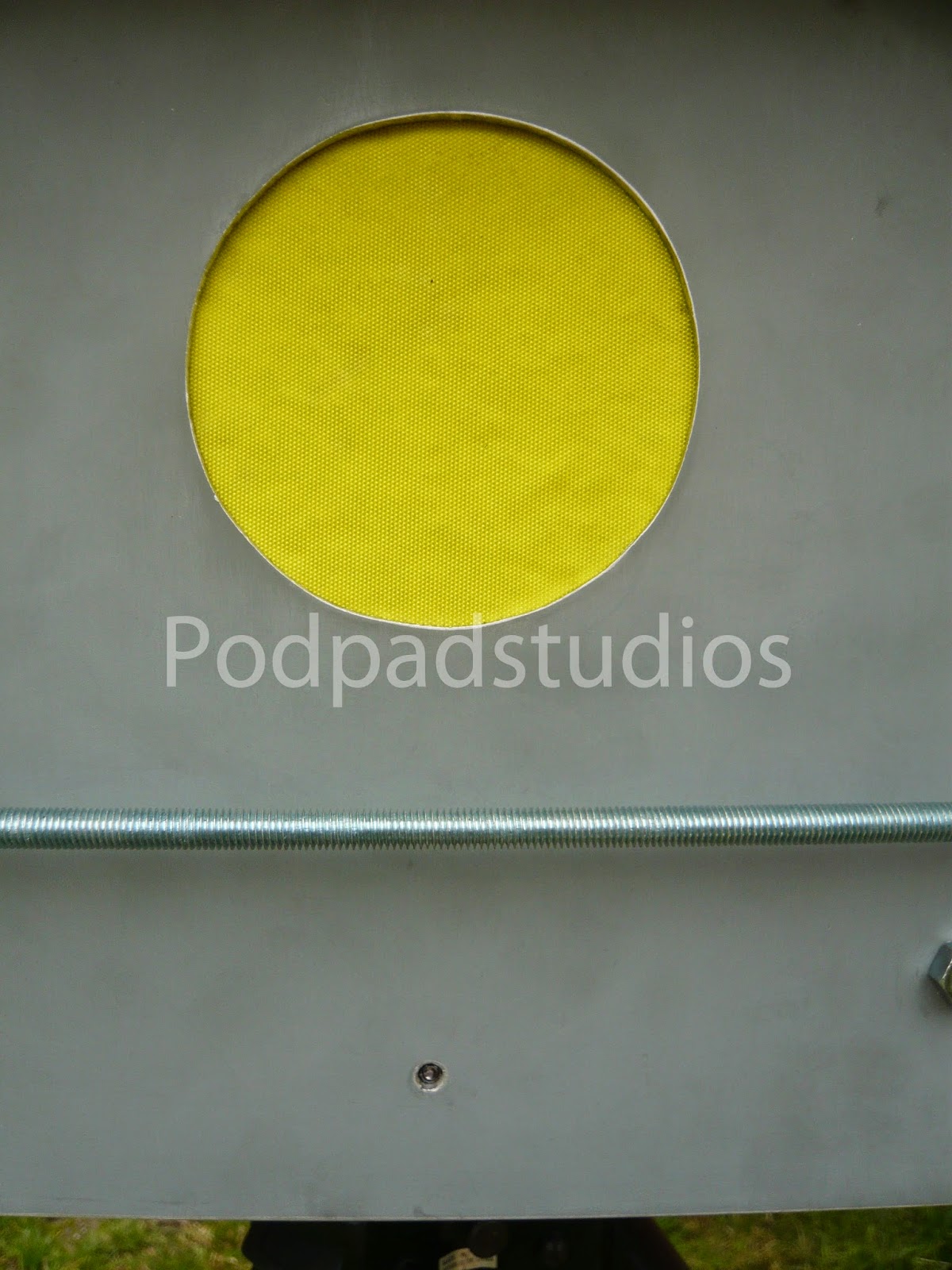 Hit pad. When you shoot the big yellow circle the gun will power down for 3mins. The material I used could easily cope with 500fps at about half a metre so should survive ok.
It is hard to see in the picture but there is a bright red flashing LED below the yellow pad which show the gun is powered up. 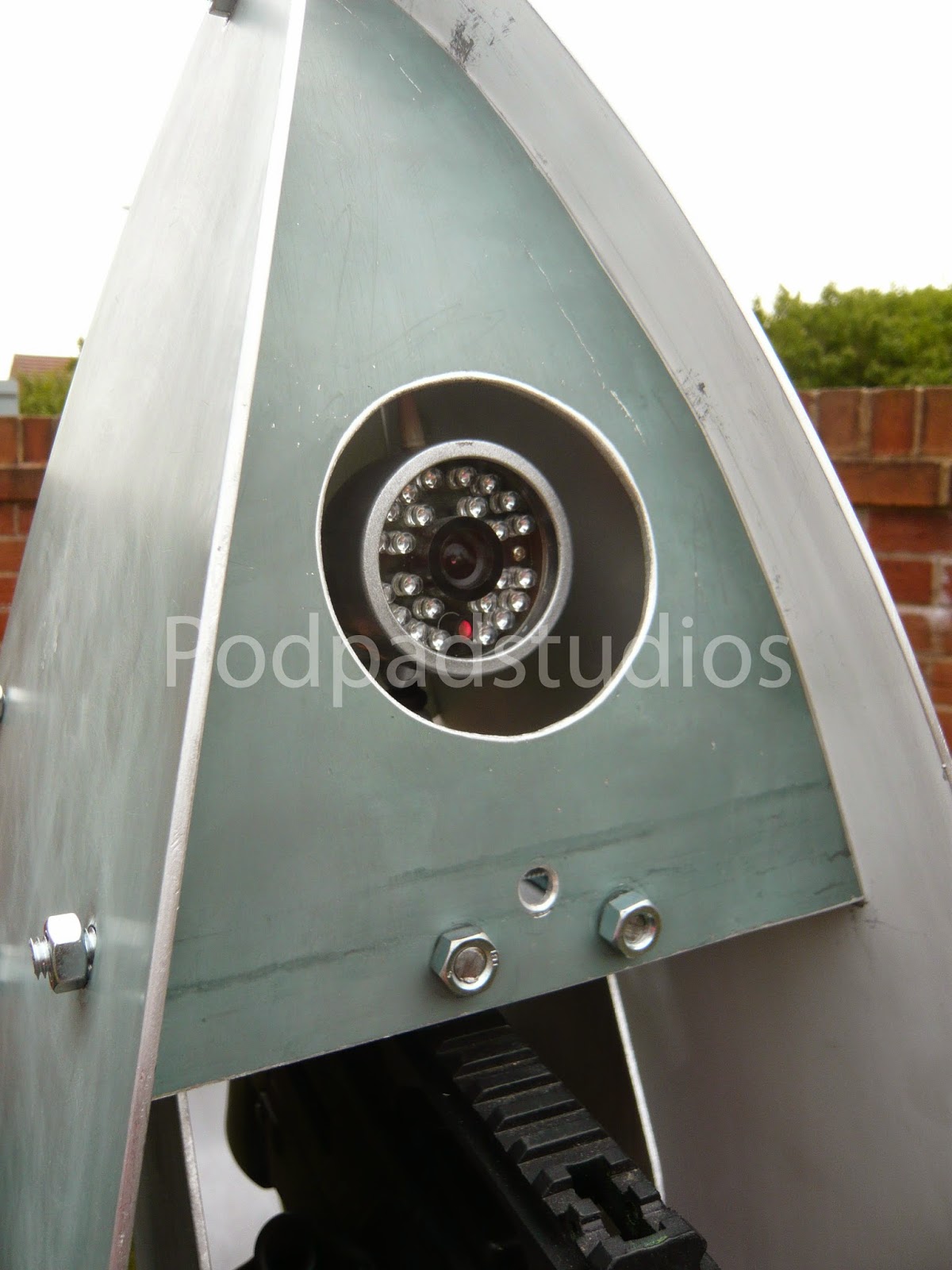 Camera used is OK, range is an issue as they are very cheap cameras used in baby monitoring systems. I will try and work on increasing the range. The camera transmits both video and audio back to the monitor. 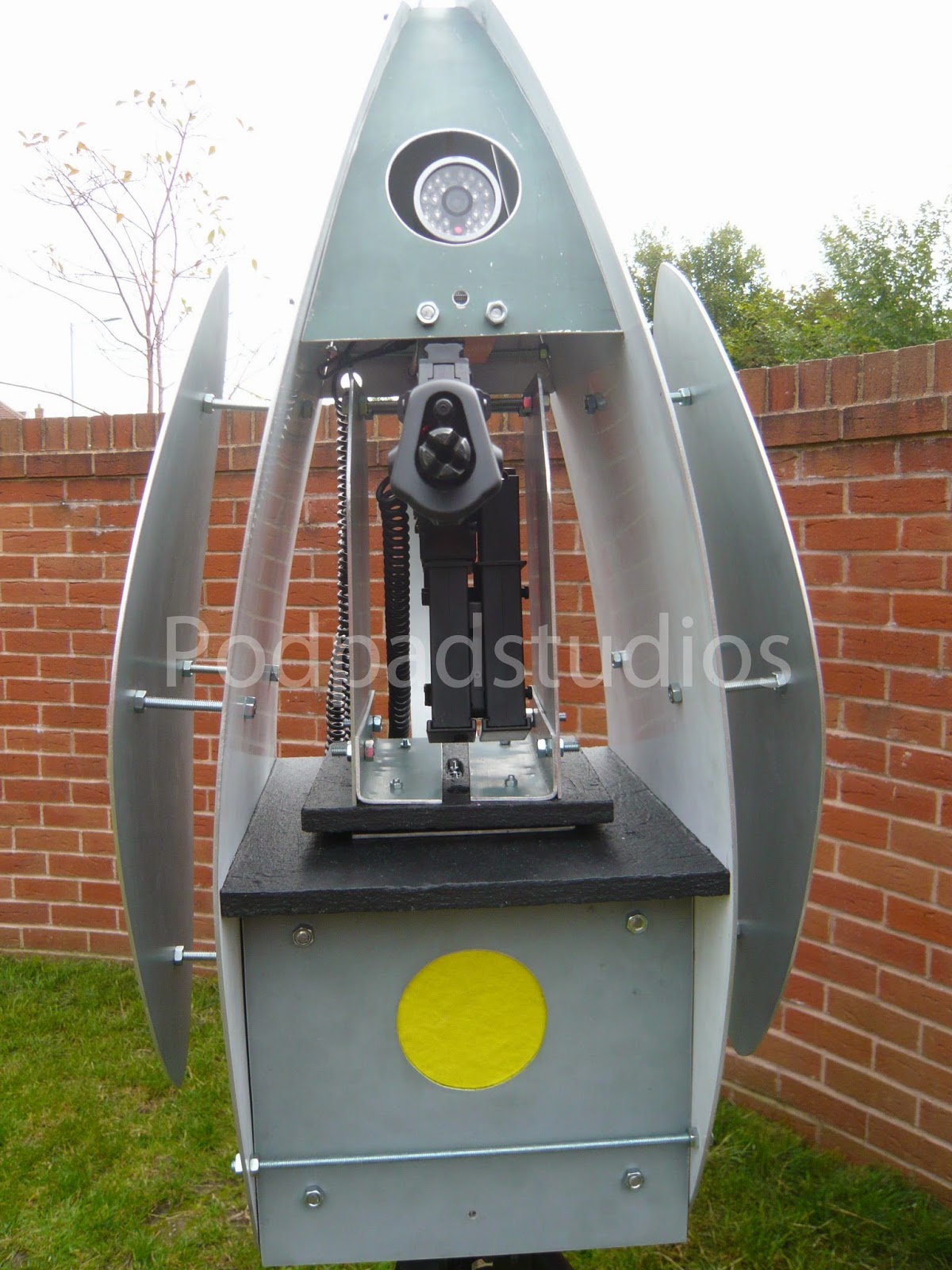